Two external officers support the work of the council: 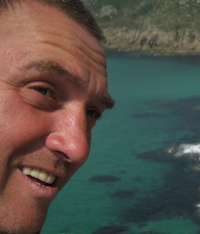 Lex Comber is a Professor of Spatial Data Analytics at the University of Leeds (School of Geography). After a first degree in Plant and Crop Science (University of Nottingham), Lex completed a PhD in Computer Science on the topic of automated land cover change detection at the University of Aberdeen and the Macaulay Land Use Research Institute, now the Hutton Institute. He then worked as a researcher with Pete Fisher at the University of Leicester for 3 years on project examining the uncertainties associated with the revision of Geographical Information before taking up a position as the GIS group manager at a large commercial consultancy. Lex started as a Lecturer at the University of Leicester in 2005 and was awarded his chair in 2014. Lex’s research interests, although initially focussed on land cover, land use and land cover change, now cover all things spatial and include a particular interest in method development and with publications and applications in a number of domains (e.g. medical sciences, criminology, access to education, etc). This is part due to his journey into geo-computation and a realisation that many of the tools he has developed for spatial analysis can be applied to both environmental and social problems. His publications in peer reviewed scientific journals (now approaching 50 in total) reflect the diversity of of his research interests and his extensive international collaborations. He has recently co-authored the first comprehensive text book in spatial analysis and mapping in R, the open source statistical software. 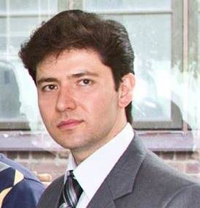 Ali Mansourian is an Associate Professor at Lund University, Sweden. He is also a member of Lund University GIS Centre. He holds a PhD in Geomatics Engineering from K.N.Toosi University of Technology (2005). He was a visiting researcher in the Center for Spatial Data Infrastructures (SDI) and Land Administration, University of Melbourne, Australia (2004) and a Postdoc researcher at Lund University GIS Centre, Sweden (2009). In 2005, he became an assistant professor and worked as a teacher and researcher at the Department of GIS, K.N.Toosi University of Technology. In 2011, he moved to the Department of Physical Geography and Ecosystem Science, Lund University. In 2013 he was promoted to Associate Professor at Lund University. His teaching and research activities focus on the realization of SDIs and adoption of technical solutions from semantic web, geospatial web services, and web service composition for the development of SDIs. He is also interested in spatial modelling using artificial intelligence techniques with main focus on health and spatial epidemiology, disaster management and urban planning. He has been the coordinator of and involved in several research projects, among them: Senior adviser of the Management and Planning Organization, National Mapping Agency, and coordinator of a research team on National SDI strategic planning and development in Iran (2005 – 2012); Consultant of World Health Organization (WHO/Europe) and team leader for WGRAS project (since 2014); Technical member of ICOS carbon portal project on system development and standardization (since 2013); Technical member of EU-FP7 HaptiMap project (2011 – 2012); Coordinator of a Sida funded project on spatially enablement e-government in Uganda (since 2015). 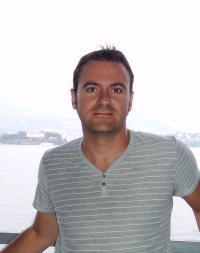 Carlos Granell is a Ramon y Cajal research fellow in the Geospatial Technologies research group (GEOTEC) at University Jaume I of Castellón (UJI) since December 2015. He was previously a postdoctoral researcher at European Commission–Joint Research Centre, Ispra (Italy), and a postdoc researcher in GEOTEC. Carlos graduated in Computer Engineering and received his doctorate in Computer Science and GIS (2006) from UJI under the supervision of Mike Gould. Carlos’ research covers multi-disciplinary GIS –where the “S” may stand for Systems, Software, Services, Standards, Science, Social Sciences, and Society–, spatial analysis & visualization, real-time streaming processing, data-rich web mapping applications, and reproducible research. He serves on the editorial board/associate editor of Computer and Geosciences, ISPRS International Journal of Geo-Information, PeerJ, Smart Science, and Journal of Open Research Software. His scientific publications on science and social science journals reflect the multi-disciplinary nature of his research interests. 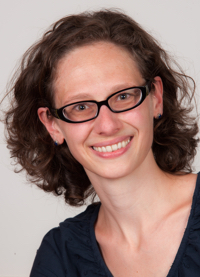 Barbara Hofer is Assistant Professor at the Interfaculty Department of Geoinformatics – Z_GIS at the University of Salzburg, Austria since 2013. Before coming to Salzburg she worked at the Joint Research Centre (JRC) of the European Commission and contributed to the European Drought Observatory. In 2010 she finished her doctoral thesis in Geoinformation at the Vienna University of Technology under the supervision of Prof. Andrew Frank. Her first degree in Geoinformation was earned from the Carinthia University of Applied Sciences. Barbara’s main research interests are spatial data infrastructures, online geoprocessing and knowledge formalization. Teaching covers courses on cartography, spatial data infrastructures and spatial statistics in the Master Applied Geoinformatics and the Bachelor Geography in Salzburg. She serves as study programme coordinator of the Master Applied Geoinformatics, is co-head of the departmental research area ‘Geographic Information Infrastructure’, and belongs to the Associated Faculty of the Doctoral College GIScience at the university. She also is member of the editorial board of the AGIT ‘Journal für Angewandte Geoinformatik’ and serves as associate editor for education of the IEEE Earthzine.org magazine. 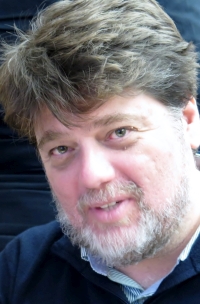 Phaedon Kyriakidis is a Professor at the Department of Civil Engineering and Geomatics at the Cyprus University of Technology (CUT), and an Adjunct Professor at the Departments of Geography of the University California Santa Barbara (UCSB) and of San Diego State University (SDSU), USA. He currently serves as the Dean of the School of Engineering and Technology at CUT, and as the (co)Coordinator of the MSc program in Geoinformatics and Geospatial Technologies at the same institution. He was a former Professor (and Vice-Chair) at the Department of Geography of UCSB, and a former Professor of Spatial Analysis at the Department of Geography of the University of the Aegean, Greece. He holds a PhD (1999) from the Department of Geological and Environmental Sciences of Stanford University USA, and was a Post-Doctoral Fellow (1999-2000) at the Earth Sciences Division of Berkeley National Laboratory USA, where he later held a Faculty Staff appointment (2001-2013). His research interests include geographic information science, spatial analysis and GIS, geostatistics and geocomputation as well as related applications to earth and environmental sciences, public health, social sciences and archaeology. He has (co)authored more than 100 research papers, books and book chapters published in peer-reviewed journals, conference proceedings and edited volumes. He currently serves on the Editorial Board of Cartographica and Spatial Statistics. 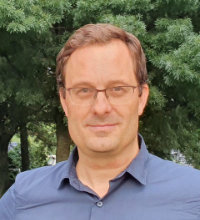 Simon Scheider is an assistant professor in geographic information science at the Department of Human Geography and Spatial Planning, University Utrecht. His research lies at the interface between conceptual modeling, geographic data analysis and knowledge extraction. He is particularly interested in understanding the concepts underlying spatio-temporal data, including reference systems, fields, places, spatial objects, events, trajectories and their relationship to human activities. He is doing research on AI and Semantic Web technology to support geographic analysis with GIS and to enable meaningful analytics of spatial information. One of his focus areas is geographic question-answering (geoQA) in the context of GIS. Simon received his PhD from the University of Muenster in Geoinformatics in 2012. He has co-authored more than 80 peer-reviewed publications in journals, conference proceedings and books. Prior to his current appointment in Utrecht, he was a post-doc at the Institute of Cartography and Geoinformation of ETH Zürich, Switzerland, a post-doc at the Institute of Geoinformatics in Münster, Germany, and a visiting scholar and research fellow at the Geography department of the University of California Santa Barbara, USA. 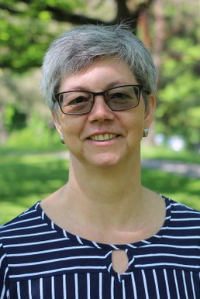 Sabine Timpf is a Professor at the Institute of Geography at the University of Augsburg, Germany. She currently serves as head of the institute and as the study programme coordinator of the Master and Bachelor in Geoinformatics. Prior to her current appointment she spent time as a postdoc at the Department of Computer Science of the University of Würzburg, Germany, and at the Department of Geography of the University of Zurich, Switzerland. She received her PhD from the Technical University of Vienna, Austria, a Diploma in Surveying Engineering from the University of Hannover, Germany, and an M.Sc. from the University of Maine at Orono, U.S.A.. Sabine’s research interests include geographic information science, geospatial intelligence, cognitive engineering, spatial modelling and simulation, spatial cognition in wayfinding, geocomputation and more recently agent-based modelling as an approach to model complex systems such as urban transportation. She has (co)authored more than 100 research papers and chapters published in peer-reviewed journals, conferences and edited books. She currently serves as co-editor of the German journal on Artificial Intelligence – KI. 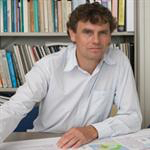 Fred Toppen works at the Faculty of Geographical Sciences of the University of Utrecht. His prime responsibility is education management and teaching of GIS and related issues. Since the start of the EGIS conferences, he has been involved in the organisation of workshops. Later he joined the Organising Committee. His main responsibility was the setting up of the Education Special Interest Group. This group proved to be successful in organising coherent streams within the EGIS paper presentation sessions. The same role was played by the Education and Awareness Special Interest Conference Committee for the JEC/GI conferences. For both groups, Fred Toppen acted as Treasurer and as Vice-Chairman and initiated and contributed to most of its activities. He was chair of the Organising Committee of the first European GIS Education Seminar which took place at Soesterberg in September 1998.